Vietnamese Constitution through the lens of constitutionalism

Opening ceremony of joint-training program with The University of Arizona

Enhancing the collaboration with German partners of Hanoi Law University

Of loss and resilience: Central Vietnam hurt by historic deluge

Is Vietnam the Next ‘Asian Miracle’?

The Last Farewell to the Mighty Mekong

Vietnam could receive up to $51.5 million if it reduces 10.3 million tons of carbon dioxide emissions from six north-central provinces until 2025, the World Bank said. 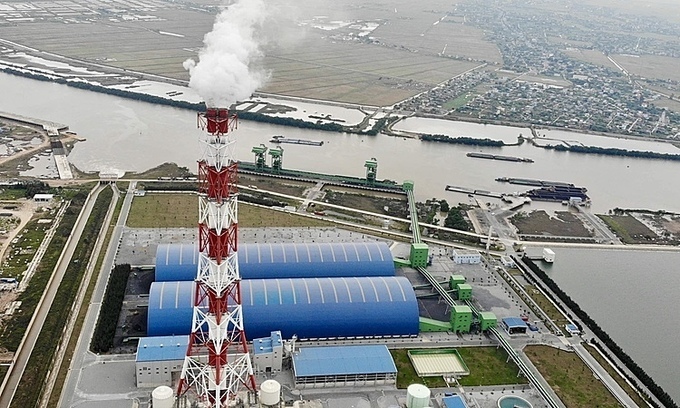 The Ministry of Agriculture and Rural Development on Thursday signed an Emission Reductions Payment Agreement (ERPA) with the World Bank’s Forest Carbon Partnership Facility (FCPF), which would unlock up to $51.5 million for Vietnam’s efforts to reduce carbon emissions from deforestation and forest degradation until 2025, a press release stated.

Vietnam’s Emission Reductions Program is designed to address underlying causes of forest loss in north-central regions, and by doing so reduce emissions from deforestation and support forest restoration. The north-central region, covering 5.1 million ha of land, of which 3.1 million are currently forested, was chosen for its biodiversity importance and socio-economic status, the release said.

Ha Cong Tuan, standing agriculture deputy minister, said: "Vietnam’s program follows a preparation phase that built our readiness to engage in an emission reduction payment agreement of this kind and is a step towards full implementation of forest carbon services in Vietnam. This agreement highlights the collaboration between Vietnam, FCPF and the World Bank to meet international climate targets laid out in the Paris Agreement.

"Our program will mobilize important additional financing to invest in our forests and reduce forest degradation while generating income for forest owners and improving sustainable development in the north central region."

Vietnam is the first country in Asia-Pacific and fifth globally to reach such an agreement with the FCPF.

Carolyn Turk, World Bank country director for Vietnam, said: "This agreement marks the beginning of a new chapter for Vietnam, where new and significant incentives for forest protection and improved management are now in place to help the country meet its ambitious climate targets."

Specifically, Vietnam would seek to reduce carbon emissions by 83.9 million tons instead of the earlier 62.7 million tons through indigenous efforts. This could be further increased to 27 percent, or 250.8 million tons, with international support.

A study by the International Center for Tropical Agriculture last year said Vietnam could cut greenhouse emissions through various mitigation measures like more efficient land use practices and better management of livestock diets. If all suggested measures are taken, 51 percent of Vietnam’s projected emissions in 2030 could be eliminated, it said.

Vietnam is ranked third highest in terms of greenhouse gas emissions in Southeast Asia after Indonesia and Thailand. It is also one of six economies most affected by climate change between 1999 and 2018, according to the Global Climate Risk Index published last year by German environmental think tank Germanwatch.

The U.N. has warned that if sea levels rise by one meter, Vietnam will face a loss of $17 billion a year, with one fifth of its population or some 18 million becoming homeless and 12.3 percent of farmlands disappearing.

About us
Member of Vietnam Union of Friendship Organizations, in consultative status with the United Nations Economic - Social Council (UN ECOSOC)
Contact us